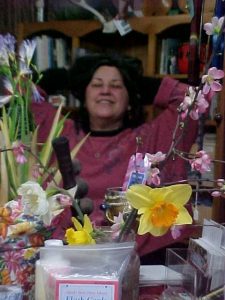 Chrys Mollett was born with Music & Literature surrounding & enriching her world.   She started writing songs at 3 (mostly about clouds, peanut butter, and fish) and began studying music at 5.  A grateful escapee from the Inland Empire L.A. County,  Chrys spent countless summers & vacations growing up in the foothills –  picking berries & wild mushrooms and helping a family friend work with a dog sled team that raced up what is now Hwy. 4.   Chrys’ Dad was a WWII Marine hero (see bench dedicated to Bill Mollett in front of the Visitors Center), a writer and eventually was known as ‘the Barbarian of Calaveras County’ as he held one of the largest collections of barbed wire anywhere. A naturalist and musician herself, Chrys’ mother Mary,  taught at Mark Twain school for years. Her parents retired to Murphys in the 1970’s; and Chrys relocated here in 1988.

Chrys lives on a 5-acre hillside shared with her dog Marley & 2 cats, sundry wild critters and a wide view to die for. Her home is a rustic lodge, dubbed ‘the Chrystine Chapel’, hand- built of local-milled timber gleaned from the Old Gulch Fire in early ’90’s. It is a sanctuary for browsing hungry & thristy deer, raccoons, squirrels, songbirds, hummingbirds, raptors, frogs, lizards and an interesting array of insects. She sleeps outside under a mosquito net all summer.  Her home interests include native & edible gardening, watching the seasons’ cycles, learning from trees and the rocky motherlode soil, discovering her own ability to build & repair stuff, dream journaling, painting and doing the NY Times crossword. In books & movies she prefers anything about “intelligent people making difficult decisions“. Chrys’ brother Mike Mollett is a performance artist in L.A., having originated the groups LA Mudpeople and  the Karma Bums. His wife Dee works in post production editing for television.

Here is an interview with Chrys on KQBM’s Everywoman’s Hour, hosted by Kat Everitt. 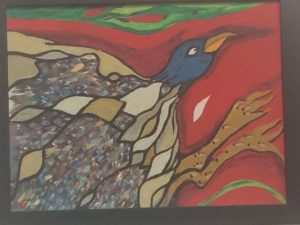 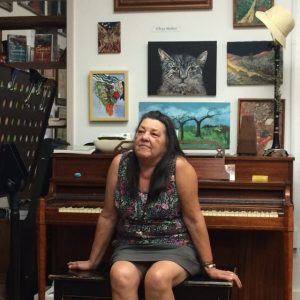 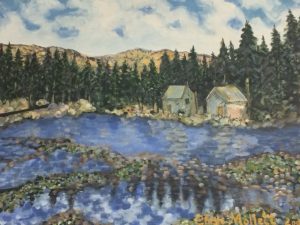 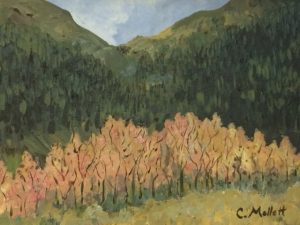 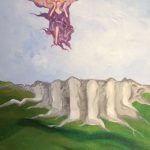 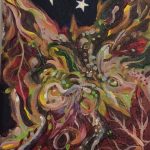 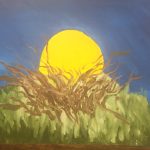 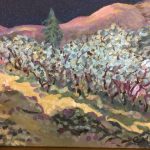 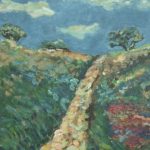 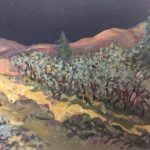 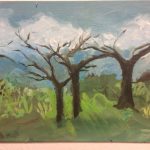 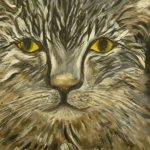