Twyla Olsen is inspired by the beauty of nature and seeks the intersection of spirituality, color, and artistic interpretation, as well as, expression.  Olsen paints landscapes, abstracts, and nature scenes from this source.  She believes her creativity and artistic expression is a gift and travels to New Mexico, Arizona, Sierra Nevada Mountains and beyond to source inspiration in nature.

Twyla was a member of Studio B for five years , 2009 – 2014, located in Sonora. She shared the space with five other working artists who exhibited art in this historic, open and airy gallery space. She has shown in galleries in Healdsburg, Jamestown, Modesto, and Merced. Her work has been shown at Ventana Gallery on Washington St. in downtown Sonora for over 3 years. She has shown at Arizona State University Gallery in Phoenix, Arizona and was a member of artist co-op in Mesa, Arizona from 2014 to 2016.

Attending classes at Scottsdale Art School in Arizona she was fortunate to work with national and internally known instructors. She has also studied with local artists in the Mother Lode area and on occasion Twyla enjoys working with collage and multiple medias to create whimsical pieces and a variation from only painting.

Twyla says, “ I follow the advice of the late Danny Kaye ~ “ Life is a great big canvas; throw all the paint you can on it!” 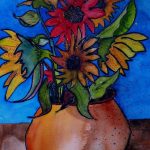 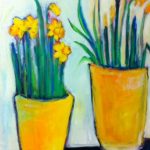 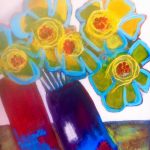 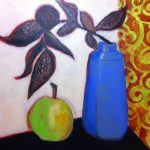 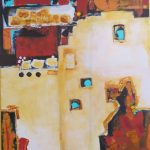 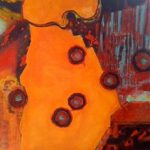